With the escalation of the terrorism threat in the UK, we wish to make all our staff aware of the risks to themselves and colleagues through Project Griffin Terrorism Awareness.

There is a need to be extra vigilant at all times, not only when you're conducting your duties, but also when not working and just out and about in your leisure time.

Terrorism and the workplace

In today’s society, employees need to be prepared for all possible emergencies, including terrorism. According to the Occupational Safety and Health Administration, terrorism is the use of intended force to influence or bring about a course of action, which furthers a political or social objective. Therefore, acts of terrorism are designed to create terror and panic, disrupt security and communication systems, and destroy property while killing and injuring innocent civilians.

Terrorists often target high-traffic areas, hence some workplaces are more vulnerable than others — such as an airport or shopping centre. Terrorists often use a range of weapons and tactics - so planning against terrorism and training employees how to reduce the threat, or respond to attacks, can be complex and broad. That said, it is an activity which must be engaged in.

Our state-of-the-art training facility will be operational soon, and we will be inviting staff and members of the public, along with other organisations, to participate in Project Griffin Training.

Project Griffin is the national counter terrorism awareness initiative for business produced by NaCTSO to protect our cities and communities from the threat of terrorism.

The threat from terrorism is serious, but it is important to keep it in perspective. This threat comes principally from DAESH (also known as ISIL), Al Qaida, and groups and individuals who can be directed, encouraged or inspired by them. The level of threat is complex and ranges from crudely planned attacks to sophisticated networks pursuing ambitious and coordinated plots.

The aim of Project Griffin is to:
• Help understand the threat from terrorism to the UK
• Guide individuals on what to do if they find themselves involved in a terrorist incident, or events, that lead up to a planned attack
• Enable people to recognise and report suspicious activity

Project Griffin holds briefing events to increase public and staff awareness of how best to reduce and respond to the most likely types of terrorist activities. The events are presented by trained police advisors delivering a range of CT awareness modules.

Events are free and can last between one and six hours depending on the time available and number of modules covered. The modules are reviewed and updated regularly and currently cover the following topics:
• Introduction to Counter Terrorism
• Bomb Threats
• Current Threat
• Responding to a Firearms and Weapons Attacks
• Identifying and Responding to Suspicious Behaviour
• Document Awareness
• Identifying and Dealing with Bombs (IED) and Suspect Items
• Drones - Unmanned Aircraft Systems (UAS)

An attendance certificate showing the modules covered is awarded to staff at the completion of each event, enabling business to monitor and evidence staff development and awareness.

To find out more about Project Griffin Terrorism Awareness Training, call Adana Security on 01788 551333, email at enquiries@adana-security.co.uk or click here to use our contact form. 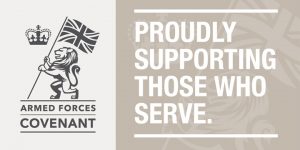 Our web site uses cookies, carry on browsing if you're happy with this, or click to find out more.